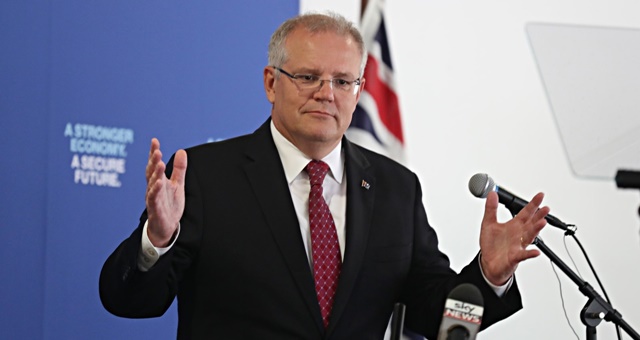 Australia’s re-elected Coalition Government has received praise from the nation’s leading hotel bodies, following an emphatic victory on the weekend (May 18).

The Scott Morrison-led Liberal National Coalition looks set to claim 78 seats and form a majority Government, following an unlikely victory in an election that was tipped in Labor’s favour.

On the morning of the election, the now disposed Labor leader Bill Shorten said he was “confident Labor will win because we’ve got a positive plan for real change to stop the chaos”, but it wasn’t to be as the Coalition – which defied the bookies’ odds of almost AUD$6 to win compared to Labor’s AUD$1.18 just hours before polls opened – stormed to a victory that will be remembered for years.

“The result of the very hard fought election caught nearly everyone by surprise and the best indicator of the sentiment of the result was the Australian Stock Market, which recorded a AUD$33 billion spike on Monday this week immediately following the Federal election,” Accommodation Association of Australia (AAoA) Chief Executive Officer, Richard Munro, told HM.

“We congratulate the Morrison Government who went into the election with a economic plan that supported businesses having a go.”

“Tourism Accommodation Australia congratulates the Coalition, and in particular the Prime Minister, on its election win,” he told HM.

“We look forward to the announcement of the new Cabinet and will be working closely with the Government over the next three years on issues of concern to our members including unregulated accommodation, training opportunities and the temporary skilled visa system.”

Some of the Labor party’s policies would have had significant implications on the hotel industry, including the reversal of the Fair Work Commission’s (FWC) changes to penalty rates and introducing measures to prevent further penalty rate cuts.

The announcement of the hospitality award changes by Shorten during the campaign came as a blanket announcement with little or no consultation with business owners or the leading associations around the nation.

“The statements that were being made by the Labor party on the living wage and restoration of increased penalty rates within 100 days of a Labor Government were just a few things that did not resonate at all with our membership,” Munro said.

“The reduction from 275% to 250%, a relatively small decrease, on casual rates was a decision handed down by the Fair Work Commission at arms-length from Government based on evidence and facts.

“The proposal to reinstate this from Labor was out of step with business as was the impact of removing negative gearing on property, which would of also hurt investors in our industry,” he told HM.

Munro said the AAoA would be following-up with the re-elected Coalition on a range of other issues, including the banning of rate parity clauses.

“We will be calling on the Morrison Government to adopt the Labor policy of banning rate parity clauses and they have indicated no opposition to this, but we need the returned Morrison government to take action to protect our industry,” he said.

“We will also be advocating to the new Tourism Minister to implement the Coalitions tourism policy by adequately funding Tourism Australia to continue to drive more customers to holiday in Australia and investing in regional tourism infrastructure to name a few initiatives.”

“We look forward to working closely with the new Government to ensure that we can keep driving Australia’s tourism, transport and aviation industries forward,” she said.

“The Morrison Government made a range of key commitments in the tourism and transport space prior to the election which we have welcomed.

“All of which will help tourism businesses to thrive and will contribute to making Australia a lead player on the worldwide tourism stage.

“We were particularly pleased to see the commitment to visa reform and a strong focus on regional communities and the contribution they do and will make, to the capacity of the industry.

“Tourism and the critical infrastructure that supports it rightly has bi-partisan support as all major parties recognise the contribution and the potential of the industry.

“We know that tourism is one of the country’s most successful industries but to cement its future success and the jobs that will entail, it needs ongoing and focused support from all sides of politics,” Osmond said.