By Matt Lennon on August 7, 2020 in Hotel News, Human Resources Burgeoning accommodation and hospitality company, Crystalbrook Collection, has been in heavy recruitment mode in recent weeks, bolstering its workforce both at head office level and at its soon-to-reopen Northern NSW resort, Byron at Byron.

Leading the company’s new charge is Megan Knoetze, who has come onboard as Group Director, People & Culture and will become part of the Executive Leadership Team. Knoetze joins Crystalbrook from her most recent role at Mulpha Australia where she worked within the Hotel Operations division and across the IHG portfolio.

Knoetze’s new duties will see her manage the company’s Workplace Health and Safety policy and implement key management strategies to optimise staff development and position Crystalbrook as an employer of choice in the hospitality sector. “I believe in the power of diversity and am passionate about building inclusive, respectful and engaged cultures that maximise talent opportunities from all areas of the community,” Knoetze said.

Crystalbrook has continued its hiring blitz, bringing on five new senior leadership personnel at the Byron at Byron Resort in Northern NSW to spearhead a range of operational initiatives in line with the resort’s reopening on 1 September.

Byron’s new leadership group includes Monique Rutene, who takes on the role of Resort Operations Manager. Rutene moves to the coastal property from her most recent role at Emirates One&Only Wolgan Valley, where she held numerous management roles in the Food & Beverage and Events departments.

The resort’s new Director of Sales position has been awarded to Sara Coughlan, who moves to the role internally from an Account Director at Crystalbrook Collection’s head office and will drive the property’s sales initiatives. Coughlan brings experience with Four Seasons Hotels, Crystal Cruises and several international hotels to her new role. 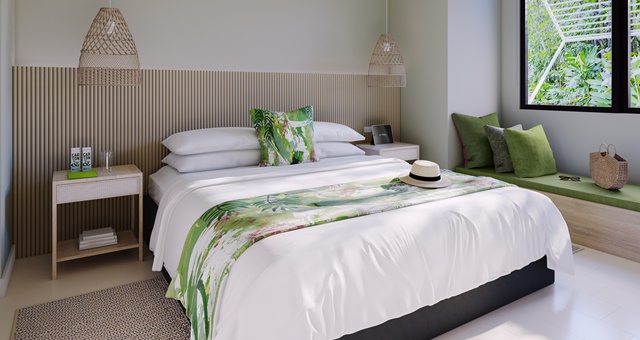 Inside a Treetops Luxe Suite Bedroom.

Byron at Byron has hired Pascale Rocher as its new Marketing & Communications Manager, who moves from her most recent role as Marketing and Tourism Manager at Ivanhoe Cambridge in Canada, where she managed the grand opening of Outlet Collection in Winnipeg.

The hotel’s new Human Resources Manager position has been claimed by Angela Harris. Already a Byron Bay local, Harris moves to Crystalbrook’s resort having previously led talent and culture management at Elements of Byron and brings professional strengths including a passion for connecting and engaging with people to recruit, train and reinforce the Crystalbrook values, including sustainability. 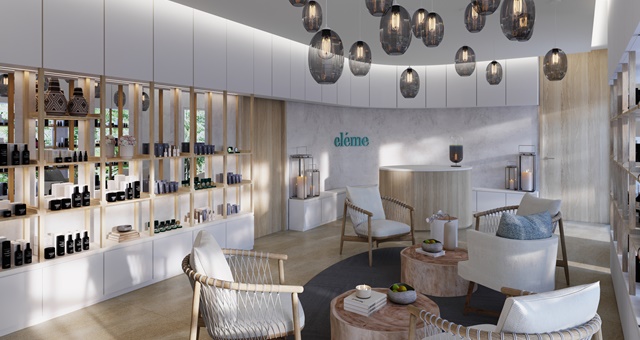 Rounding out the recruitment drive is Karthick Jayavel, who will take on the role of Food & Beverage Manager. Jayavel moves to Byron at Byron from Uluru, where he worked as Assistant F&B Manager for Accor. His new role will include managing the roll-out of a new restaurant which will champion sustainable produce, of which 80% will be sourced from suppliers no more than three hours’ drive away.

Byron at Byron General Manager welcomed his new charges, saying he was “excited to welcome these passionate and talented professionals to Byron at Byron as it begins a new phase of the resort’s history with an enhanced focus on sustainability and responsible luxury”.