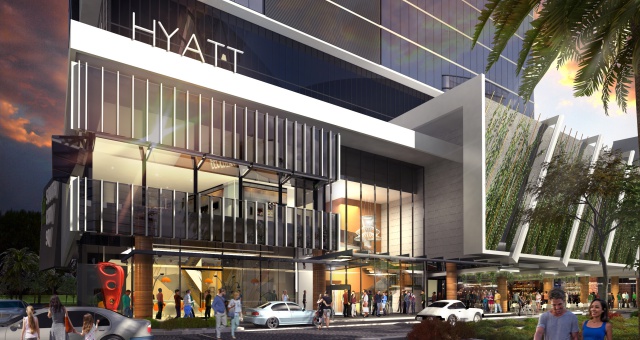 Hyatt Place Brisbane will mark the brand’s return to the Queensland capital after nearly a decade away.

Hyatt will open its first hotel in Brisbane in the form of a 170-room Hyatt Place, which will take pride of place in the upcoming $700 million mixed-use South City Square precinct under development at Woolloongabba on the CBD fringes.

The announcement marks the return of the Hyatt name to Queensland since the management rights to its resort at Sanctuary Cove changed hands to InterContinental in late 2012.

Hyatt Place Brisbane South City Square has come about in a joint-venture agreement between Hyatt Hotels Corporation, Pellicano and Perri Projects. The deal was signed today by Hyatt Group President Asia-Pacific, David Udell, prior to AHICE 2019 opening at the Grand Hyatt in Melbourne tomorrow. More than 850 delegates and exhibitors will be attendance at the two-day event.

The new hotel, due to open in 2023, will offer guest facilities including a rooftop pool and bar, café, lobby lounge and fitness centre along with a 24-hour ‘Grab & Go’ food market for busy professionals to obtain a quick bite to eat on the go. It will be positioned near a 6.5-hectare Cross River Rail Woolloongabba underground station and an integrated bus hub – both of which are currently under construction. 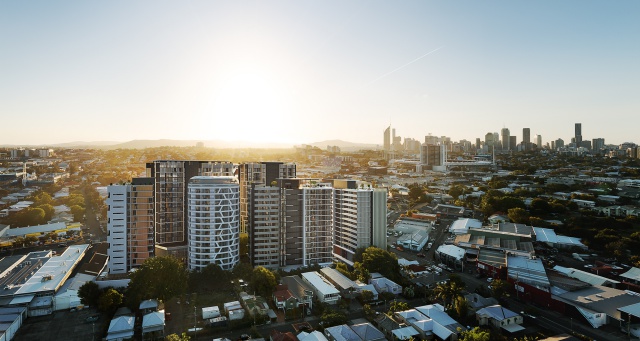 South City Square will be a new mixed-use residential and commercial precinct on the city’s edges.

General use facilities at the site, once open, will include 850 apartments, a Readings Cinemas complex, Woolworths supermarket, a childcare centre, commercial offices, health and wellness options and a mix of boutique retailers, restaurants and cafes.

Commenting on the new signing, Udell said Hyatt was proud to work with the two major developers to bring the Hyatt Place brand to Brisbane for the first time.

Brisbane Lord Mayor Adrian Schrinner said the city was proud to welcome the prestigious Hyatt brand to its hotel landscape.

“Hyatt Place Brisbane at South City Square will form part of the city’s wave of new four and five-star hotels opening in Brisbane, adding to the long list of internationally recognised brands.

“Brisbane has emerged as Australia’s New World City, however, just five years ago we were forgoing 121,000 visitors every year as a result of a shortage in internationally recognised, full-service hotel rooms,” Cr Schrinner said.

For a deeper look inside the forthcoming South City Square precinct in Brisbane, check out this video.