Marriott International has finally revealed today that W Hotels is set to make its return to Sydney at the new ‘Ribbon’ development in Darling Harbour.

Built and developed by Grocon and funded by Greaton Group, W Sydney will make waves with its debut slated for 2020. The new-build hotel will be part of ‘The Ribbon’, an electrifying development designed by the award-winning architect HASSEL that will transform Sydney’s skyline on Darling Harbour.

“Wherever my travels take me, I am asked again and again when W is returning to Sydney, and I am thrilled to finally be able to answer the question.

“With the long-awaited return of the W brand in Sydney, Australia will now have three W hotels, along with W Brisbane and W Melbourne – demonstrating just how important and exciting this continent is for global travel,” Ingham said. 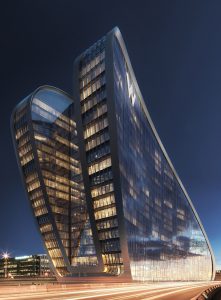 W Sydney will feature 593 guestrooms, suites and serviced apartments alongside the ‘wet deck’ the brand’s take on the hotel pool that will feature views of Darling Harbour.

A restaurant serving up local flavours as well as two bars, including the brand’s signature Living Room will round out the hotel’s cocktail and cuisine scene.

W Sydney will also be home to the W brand’s signature Away Spa , as well as a state-of-the-art ‘FIT’ gym, and 925 square meters of event space, including a grand ballroom.

“The boundary breaking approach to luxury from W Hotels is a worldwide phenomenon, and there is no better city than Sydney to shake off convention and shake up the way it’s always been done,” said Richard Crawford, Senior Director Hotel Development, Australia, New Zealand and Pacific, Marriott International.

“We are excited to have found the right location and the right partner who shares our vision. The property will be a game-changer for Sydney and an absolute market leader when it comes to luxury hotels in the city.”

The opening of W Sydney will mark the third W in Australia alongside W Brisbane (just opened in June 2018) and W Melbourne (opening 2020). 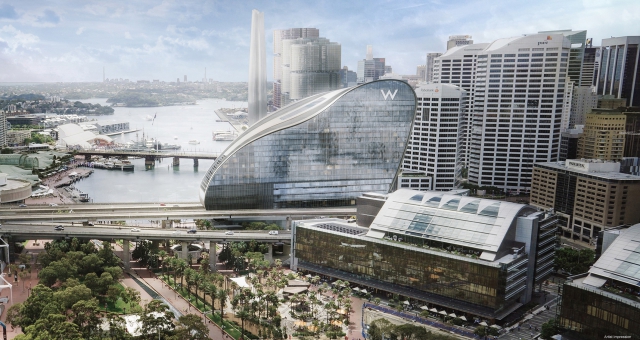 Together with recent openings like W Amman, W Panama and W Shanghai, the Aussie openings will bring W Hotels close to its goal of 75 hotels by the end of 2020.

W Sydney will also be part of Marriott International’s rapidly-expanding portfolio of 18 hotels in Australia.

The signing of W Sydney marks close to 20 properties under development in Australia including The Ritz-Carlton Melbourne, The Ritz-Carlton Perth, and The Tasman, A Luxury Collection Hotel, Hobart.