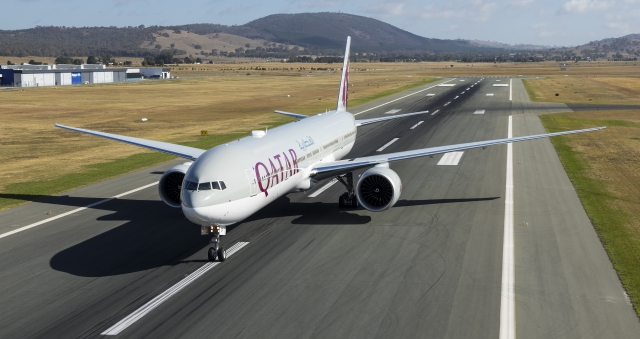 The first Qatar Airways flight from Doha to the Australian Capital Territory has touched down this week (Feb 12) at Canberra Airport.

“Qatar Airways is delighted to be expanding its reach in Australia, by launching our fifth gateway into this beautiful country,” said H.E. Mr. Akbar Al Baker.

“In 2016, we launched flights to Sydney and Adelaide, clearly demonstrating our commitment to the people of Australia.

“We are extremely happy to be offering our loyal Australian passengers the chance to explore the newest and most exciting destinations we have added to our global network in the past year, including many European cities such as Dublin, Kyiv, Prague and St. Petersburg.

“We are also confident that Australian travellers will be as excited as we are about our many upcoming new destinations set to launch this year, including Cardiff, United Kingdom; Malaga, Spain and Mykonos, Greece.” 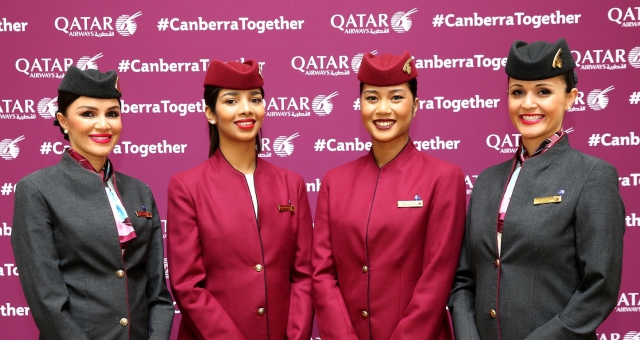 ACT Chief Minister Andrew Barr, who welcomed the arrival of the second international airline to service the capital, said: “It is wonderful that Qatar Airways has made the decision to come to Canberra in 2018 – a year in which our city was recognised as the third best city in the world to visit by Lonely Planet.”

“For the first time, Canberrans and around one million people living in our wider region will now have daily access to Qatar Airways’ global network of more than 150 destinations, via a short stopover in Sydney.”

Qatar Airways will operate its daily Canberra service with a Boeing B777 aircraft, which features 42 flatbed seats in Business Class and 316 seats in Economy Class. Passengers will be able to enjoy the airline’s superior entertainment system offering a wide variety of entertainment options.