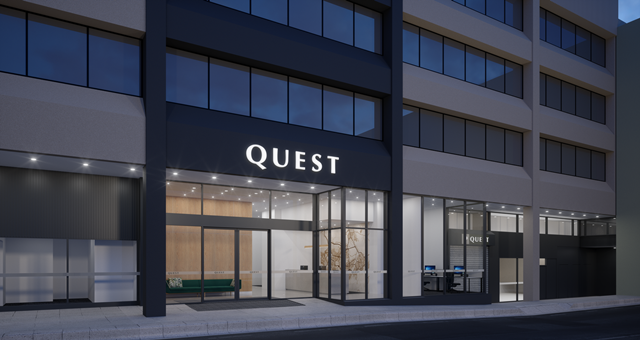 Quest has announced it will bring a second property to Canberra in late 2019, developed by Sandran Property Group.

The estimated $15m development will see an existing commercial office building transformed, with the existing mezzanine to be reconstructed with a new entrance and stairwell to service the business lounge and conference facilities. In addition there will be onsite parking and a gym.

Quest General Manger – Growth, James Shields was delighted to announce the addition of a second Quest property to the ACT market.

“As Australia’s capital, Canberra is bustling with government workers, conventions and corporate meetings. The public sector generates a significant proportion of economic output and contributes to a sizable proportion of travel, with over 30% of trips generated being for business travel,” Mr Shields said.

“The development site is ideally located in the heart of Canberra’s CBD, positioned between Canberra Centre, Glebe Park and the National Convention Centre. The City Walk pedestrian strip boasts a range of shops and amenities, including Myer, Coles and David Jones. London Circuit, a short walk from the property, hosts a large amount of the CBD commercial office space, with major government and private sector tenancies.

“Quest Canberra City Walk will cater to the increased demand for corporate accommodation in this expanding hub,” he concluded.