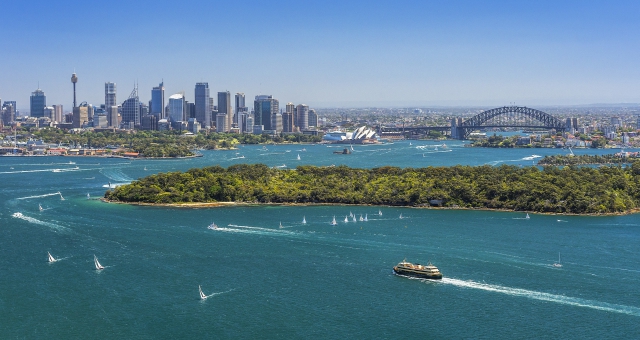 The leading accommodation and tourism industry associations in Australia have welcomed last night’s (May 8) Federal Budget.

The Accommodation Association of Australia (AAoA) said the Federal Budget taxation crackdown on offshore online travel agencies “should be supported by all states and territories so it can become a reality”, according to the organisation’s CEO, Richard Munro.

In addition, Munro said, the AAoA is keen to ensure that “if the tax change proceeds, the financial hit shouldn’t be to the bottom line of accommodation businesses across Australia”.

“We welcome the first step the Turnbull Government has taken to force offshore online travel agencies to pay their fair share of tax in Australia,” Munro said.

“The dominant online travel agencies command almost 85 per cent of online accommodation bookings in Australia, yet they employ very few people in Australia and pay virtually no tax in Australia.

“On behalf of our members, we intend to write to all relevant state/territory Ministers to urge them to support the change the Federal Government is proposing to extend the GST to offshore sellers of hotel accommodation,” he said.

Munro said the Accommodation Association would also like to see the competition regulator play a far greater role in this policy area than it is at the moment.

“Therefore, we would like the Australian Competition and Consumer Commission to take immediate steps to ensure this doesn’t happen.

“We are also promising to continue our campaign to ban parity pricing, which prevents accommodation businesses from advertising a lower room-rate on their websites than online travel agencies,” Munro said.

Munro additionally said even more GST revenue could be recouped if the proposed tax change was extended to apply to sharing economy accommodation providers.

Tourism Accommodation Australia (TAA) was also supportive of last night’s Federal Budget, saying it was a “good news story for tourism with a range of important measures in investment, productivity and skilled training that will back the growth of the vital sector”, according to CEO Carol Giuseppi.

Giuseppi said targeted infrastructure spending, an increase in the Tourism Australia budget over the forward estimates, employment initiatives based around improving skills shortages and $45 million in regional tourism funding grants were all positive moves.

“This Budget is a win for the tourism sector in many areas with infrastructure spending targeted at a range of industry-friendly projects,” she said.

“We particularly welcome the $300,000 earmarked for a much-needed cruise ship options study for Sydney, as well as funding for an economic zone around Sydney’s second airport and up to $5 billion on the Melbourne Airport Rail link.

“We also welcome the funding increase for Tourism Australia, which will see its total appropriation rise to $162.2 million by 2021/22 – funding we are pleased to see will be quarantined from the Government’s Efficiency Fund.

“This shows the importance the Federal Government places on promoting the tourism sector and we thank [Tourism] Minister Steve Ciobo for his efforts on this front,” she said.

Giuseppi welcomed additional spend in the Building Better Regions Fund as a real boost for tourism in regional Australia.

“The Government will provide $206.5 million over the next four years for round three of the Building Better Regions Fund – this includes $45 million to improve tourism-related infrastructure and supporting demand-driven projects in our regions,” she said.

“This shows the Government is serious about helping to drive investment in the tourism sector and increasing visitation to our rural and regional areas.”

Giuseppi said the Government was also moving to address the chronic shortage in skills in the tourism sector with funding committed through the Skilling Australia Fund to grow the number of apprenticeships in Australia. Building workforce capability remains a key priority for our industry.

“Following calls from TAA, the Government will also expand a range of refund provisions for the Skilling Australians Fund Levy which is good to see,” she said.

Giuseppi said the tourism industry, including the accommodation sector, was continuing to perform strongly in both visitation, expenditure and investment.

“In 2017, both international and domestic visitor nights increased 4.8% to 265 million and 350 million respectively,” she said.

“In terms of investment, there are over 200 hotel projects and 40,000 rooms in the capital city supply pipeline across Australia,” Giuseppi said.

The Tourism and Transport Forum Australia (TTF), however, said it was a “bittersweet budget for tourism and transport sectors”.

The TTF welcomed the nation-wide investment in big-ticket transport infrastructure projects in the Federal Government’s 2018-19 Budget, but said the Government “has missed a golden opportunity to reap the benefits from substantially increasing its funding for Tourism Australia”.

“After what can only be described as a disappointing budget for the tourism sector last year, there will be some relief across the sector tonight with $140 million to secure Australia’s position as one of the world’s leading film production destinations, $45 million in regional tourism grants and a big commitment to deliver badly needed infrastructure projects right across the country,” said TTF Chief Executive, Margy Osmond.

“While the additional $5.1 million for Tourism Australia over the next four years is welcome after last year’s cuts, major infrastructure projects are just as important as marketing dollars in growing our visitor economy.

“Prior to the Federal Budget, TTF called on the Government to deliver targeted investment in transport infrastructure projects to ensure that Australian cities are able to meet the mobility challenges of the future as well as continue to be a drawcard to visitors the world over.

“Overcoming the problems caused by growth and congestion requires transformative infrastructure investment, and this budget has delivered congestion-busting projects right across Australia, including through the $1 billion Urban Congestion Fund.

“From the $1.05 billion for the Perth Metronet, to the $1.75 billion for the North-East link motorway in Melbourne, to the to the $971 million for the Coffs Harbour bypass, the Federal Government is investing in projects that will transform our cities and regions and improve the visitor experience.

“While it is disappointing there is no funding for Queensland’s most critical infrastructure project, the Cross River Rail, TTF welcomes the $1 billion allocated for extra lanes on the M1 between Brisbane and the Gold Coast, $3.3 billion towards continuing the upgrades of Queensland’s Bruce Highway and $300 million to ensure the Brisbane Metro will go ahead,” she said.

Osmond said that while the $5 billion commitment to help build the long-overdue rail link between Melbourne and the CBD was very welcome, the onus will now be on the Victorian Government to match the commitment to ensure construction can begin.